History of Freemasonry in Penzance and Princes Hall

Lodge of St John The Baptist No.271 (Penzance)

"Thus the second lodge to be formed in Grenada was to be the first in the Eastern Caribbean, outside of the Virgin Islands, to be warranted by the Antients. It was warranted on 1st November 1769 and located in the Parish of St George’s and numbered No. 163.

This lodge was also the first of a number of lodges in Grenada (some 3 at different times) to carry the same name, St. George, no doubt from its physical proximity to the town of St. Georges. Although this name was to have been officially adopted much later (in 1792) it was still later changed to “Mount Sinai Lodge” probably to avoid any confusion with the other lodge formed by the Antients in 1792 carrying the name St. Georges."  (The History of Freemasonry in Grenada).

Creation of The United Grand Lodge of England

The unification of the 'Ancients' and 'Moderns' grand lodges. Constituted at Freemasons' Hall, London with the Duke of Sussex (younger son of King George III) as Grand Master.

Mount Sinai Lodge hold the opening to their new meeting hall formerly Penzance billards Club. A full refurbishment was carried out including new stained glass windows, a new staircase, and extensive decoration by R. Colenso and Sons Builders and Decorators. (as recorded in The Cornishman newspaper) 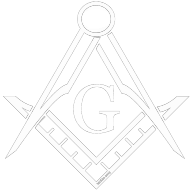